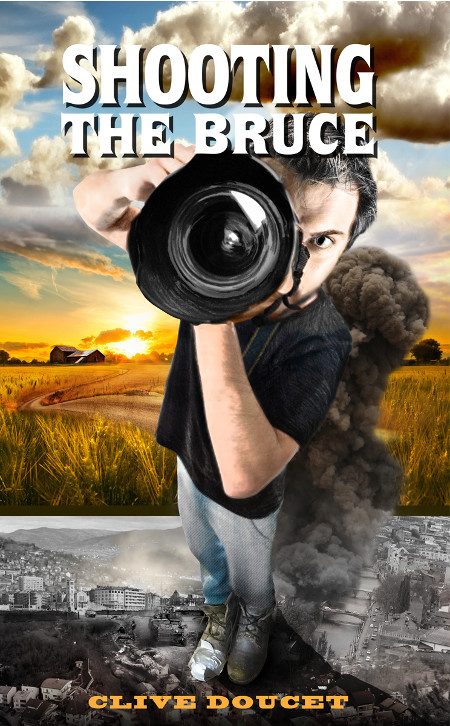 What happens when the war is over has always intrigued me more than the war itself.  When I wrote ‘John Coe’s War’, although the title refers to the Second World War, it really refers to the struggles John Coe faced when he came home to the Ottawa Valley.  Shooting the Bruce is about a different war, the Bosnian, and it’s a very different kind of novel.  It takes place over a summer instead of a lifetime.  It’s much less ambitious and has a pin-point focus compared to the sprawl of the life time recounted in John Coe’s War.

Captain Tom Travis has a very specific problem, Post Traumatic Stress Disorder.  He knows it and has a plan for getting better.  He’s going to lay down his military ambitions, pick up his camera and learn how to become a nature photographer.  Planning and doing are, of course, two, very different things.  Tom Travis picks Bruce Country to begin his civilian career, not too isolated from southern Ontario but isolated enough to still have a vibrant natural life, which includes lots of game hunting.  The novel’s humanity and reality collide when Tom has to find a way to adapt his own war experiences and new thoughts about shooting with a camera instead of a gun, in a county where most locals see this as eccentric.

I don’t belong to the school of anguished, no pain-no gain writing.  Writing Shooting the Bruce was easy and fun to write from start to finish.  Needless to say, I hope it will be easy and enjoyable for the reader also.